Showing posts with the label foreign policy
Show all 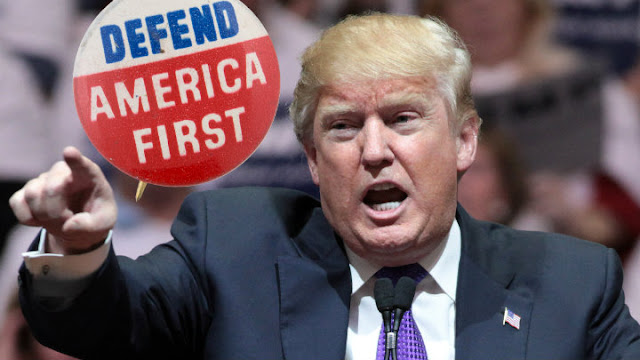 In one of the most memorable scenes in Black Mass, Johny Depp portraying the notorious South Boston mobster James “Whitey” Bulger, demonstrates the extent of his personal and unpredictable power and control when in the middle of the dinner, he playfully and innocently asks his associate John Morris for the recipe of the steak he was just served. He then makes Morris and the rest of the company squirm in front of him in fear, until relaxing again and laughing out the tense atmosphere, but not without hinting that this might or might not be the last dramatic switch off his take on the situation. No one knows what he thinks, no one can predict what would be his next act. The fear that comes from the unpredictable behavior enhances his personal power. Not surprisingly, unpredictability is a frequent trait for characters in many fiction works, portraying how a leader establishes control in a zero-gravity environment. In an unstructured, anarchic environment, unpredictability
Post a Comment
Reactions:
Read more

North Korea tested a nuclear device this past Memorial Day weekend in attempt to call the US bluff. The Great Powers rushed to condemn the test, which was expected, and the UN's Security Council is expected to deliver a strong resolution against N. Korea. South Korea, frightened and frustrated, agreed to back the US plan to search N. Korea's boats for weapons. Pyongyang has warned that such a move would be considered an open declaration of war. Now South Korea must call the North's bluff.Â  But the real victims of the Dear Leader's power game will be Russia and China, along with his tacit supporters. Conversely, he US actually stands to benefit from this escalation. Here is why. Before looking at the implications of this new situation, and the possible ways to respond, we must address: a) why the escalation happened and b) why it happened now. There are at least two possible scenarios as to why Pyongyang tested the nuclear devices, and launched the missiles. The first
Post a Comment
Reactions:
Read more

Is this the coming of Obamian naivity? Last month the Secretary of State Hilary Clinton announced that the US is pressing the reset button in the relationships with Russia. Last week President Obama addressed Iran for the first day of Spring which marks the Iranian New Year. Together, these two top foreign policy initiatives amount to a global warming in the world political weather, marked by severing Russian political winter and Iranian nuclear fall. Critics to this new foreign policy approach rushed to lump together the two initiatives pronouncing them to be the new Wilsonian idealism, perhaps worthy a name such as Obamian naivism. Their arguments against this unorthodox foreign policy approach have certain merits. It shows a dose of idealism and inexperience in the tough and cynical world of international
Post a Comment
Reactions:
Read more
More posts