Showing posts with the label Tayyip
Show all

How Europe and America Lost Turkey 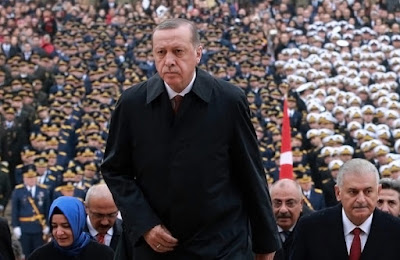 A Japanese diplomat once replied to an American counterpart asking him about the principles of the Japanese foreign policy by pointing, “Your country may be based on principles, ours is based on archipelago”. Geographic boundaries are rarely elastic, even when socially constructed. Cultural boundaries may seem more elastic, but like the physical ones, they too are rarely prone to fundamental changes. More importantly, the latter often determine the perception of the former. In “The Revenge of Geography” Robert Kaplan argued in a powerful way that ignoring geography may be a fatal mistake that could prevent us from understanding the nature of many political conflicts. What he ostensibly omitted from his paradigm is the difference between physical and human geography. A cursory look would show that when the two overlap, greater stability ensues. But when they don’t, a search of identity could take many paths, not all of them leading to stability. Turkey is a case in focu
Post a Comment
Reactions:
Read more
More posts